What a wild market it’s been, we’re still in quarantine and the S&P 500 is just about 16% off its all-time highs… and nearly 30% off March lows.

Traders are wondering what the market will do tomorrow, as they still try to piece together the puzzle.

For me personally, I believe I’m in a position to profit because I’ve located stocks on Friday that are poised to gap up on Monday.

In a way, I think I’ve found a niche strategy in the market — one that allows me to potentially generate profits while I hang out with my family on the weekend.

Today, I want to show you how my new weekend strategy works, as well as an inside look at two positions I’m in right now.

[Revealed] How I Generate Passive Income

When it comes to generating passive income — I’m really talking about buying one day and holding onto the stock and taking profits a few days later, more specifically over the weekend.

You see, after I get into my high conviction trade setups on a Friday and plan to hold them over the weekend… I have nothing else to worry about really. The markets are closed and I just wait until Monday morning to see if the stock gapped up or not.

Let me show you how it works with an example of a “passive income” trade.

If you look at the chart below, OSTK formed a bull flag/pennant pattern… and had a large gap up. 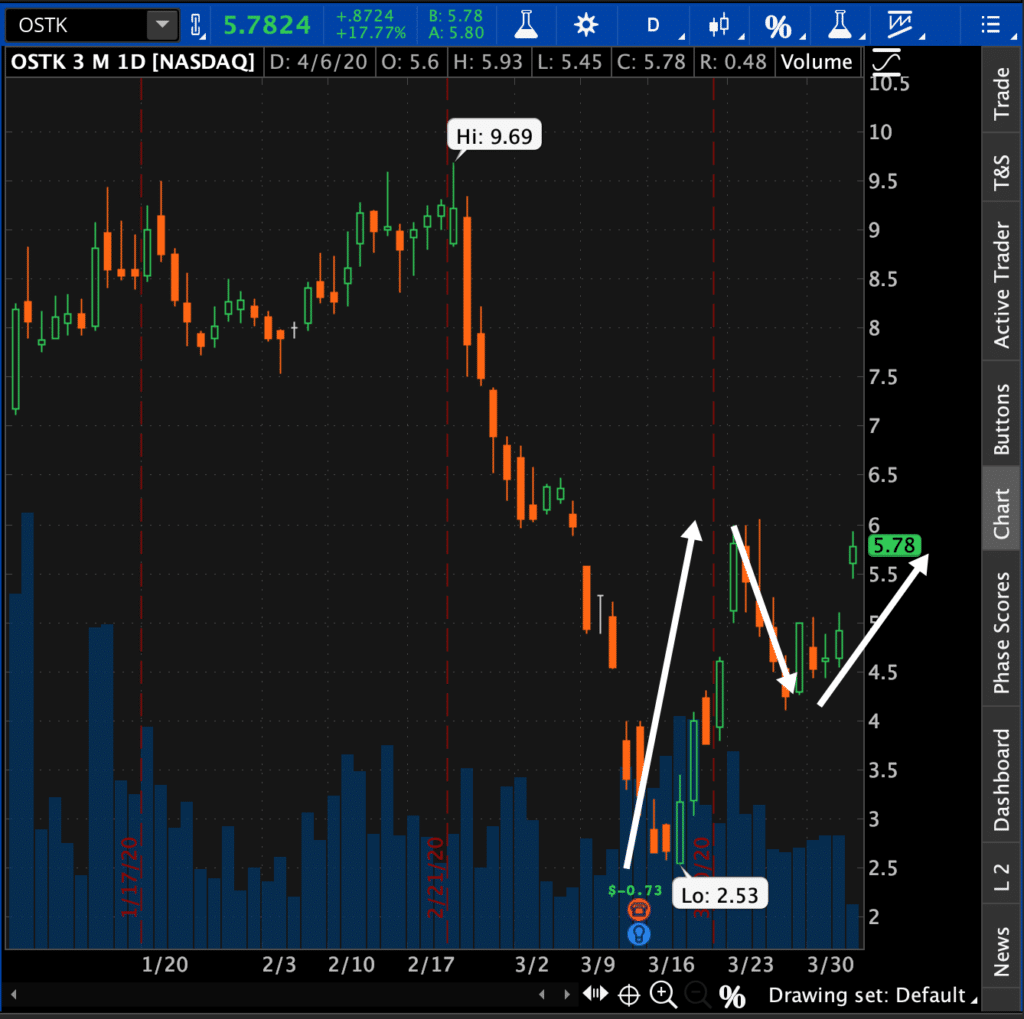 Now, I actually spotted the trade AHEAD of this double-digit percentage move in OSTK

When I noticed the pattern, I sent this to my subscribers.

“OSTK is pressing $4.90 again, the area I’ve been watching all week. It’s been green all day and it’s been strong all week against market pullbacks. I’m going with a day trade / possible swing trade here into the close to see if I can catch a squeeze like the PENN movement that just triggered. Thinking 10k at $4.90 would be my target, goal squeeze into the $5’s today, maybe a swing, I don’t know.”

You see, OSTK was trading right around $4.90 for a few trading sessions, and I figured this could be a potential breakout opportunity.

Well, from my experience, $5 tends to be a key psychological level, and I’ve noticed if a stock breaks above that level, it typically runs higher!

Not only that, I believed OSTK was in the “rest” phase after it made a massive move off March lows (at $2.53) all the way to the high $5-area… and I thought OSTK could “retest” its recent high.

I spotted my pattern and had a strong thesis, so I entered the trade AFTER I sent out my advanced notice alert.

Here’s where the “passive income” comes into play.

I bought shares on a Friday, but with these plays, I always know I may have to hold into the weekend… and I was comfortable holding OSTK at the time.

Come, that Monday morning, ahead of the bell, OSTK looked ready to break north of resistance at $4.90 for a gap up

When OSTK hit my target, I took my profits off the table. Here’s what I sent out to subscribers that Monday shortly after the opening bell… 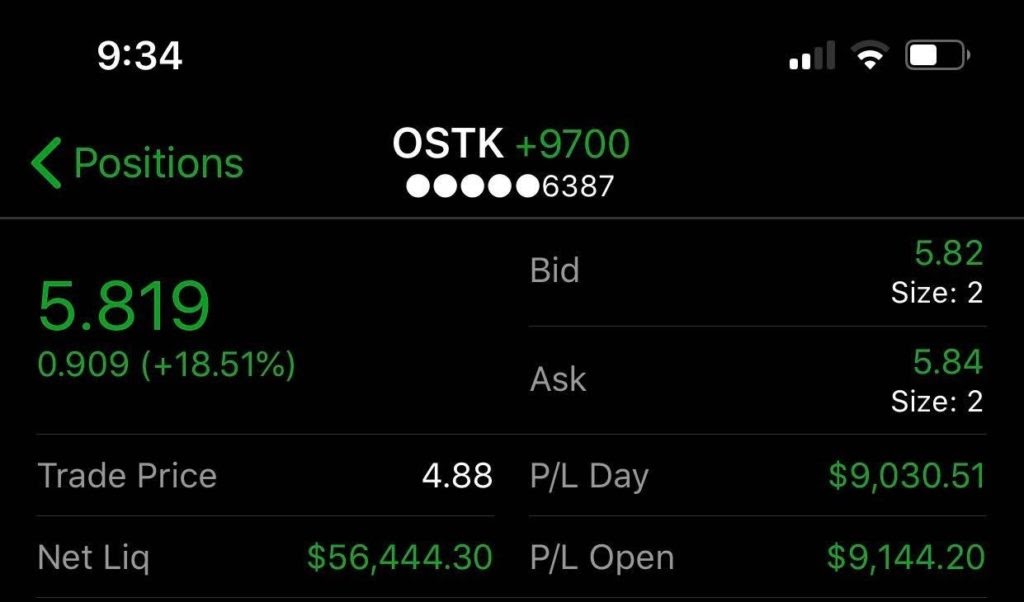 Basically, I had nothing else to do besides have fun with my family after I bought OSTK and intended to hold on for the Monday gap up. That’s what I call “passive income”. 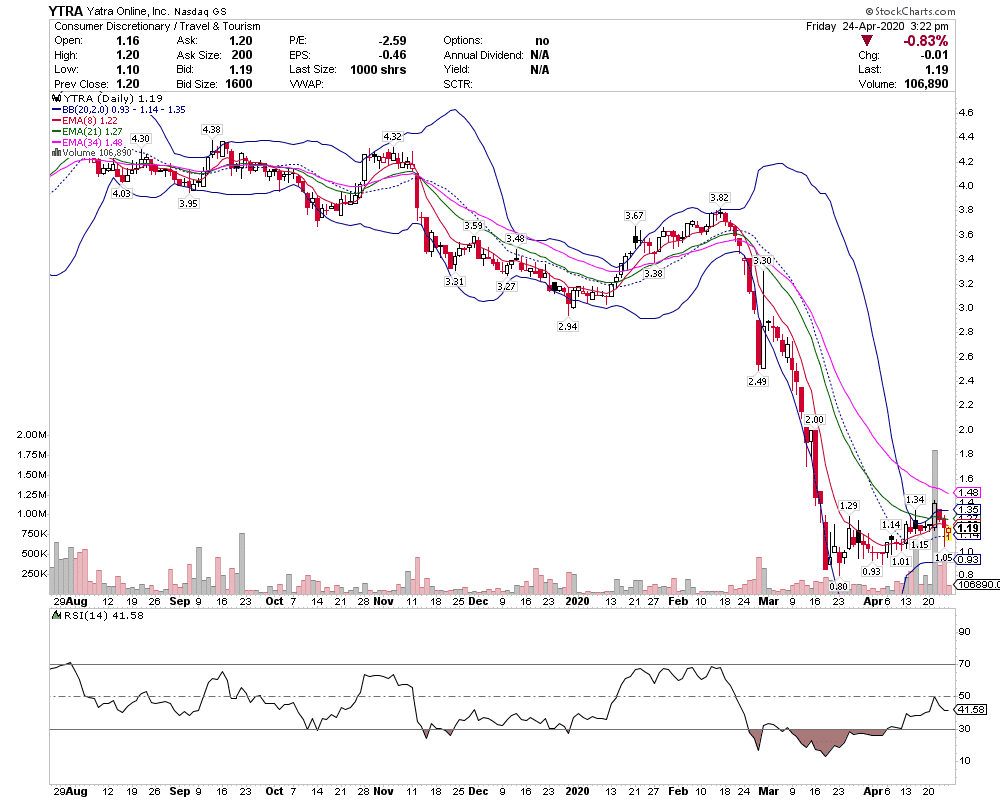 I also have a position in Sientra (SIEN) — another fish hook pattern. 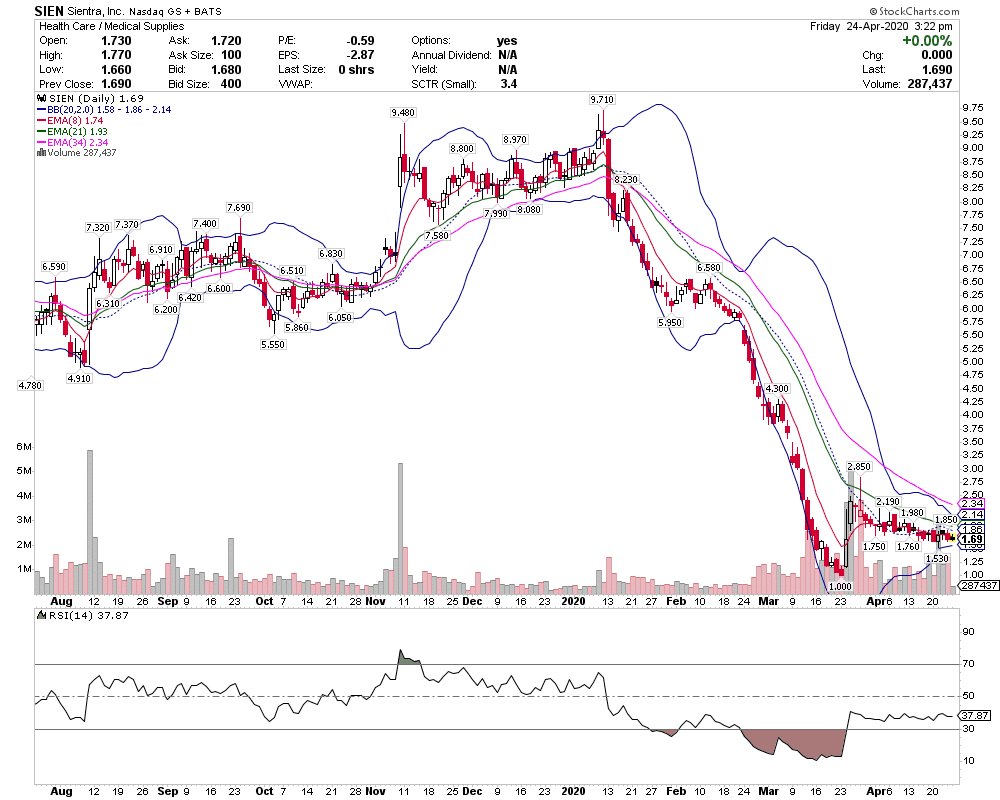 I’ll be keeping an eye on these YTRA and SIEN come tomorrow morning, and I’ll be sure to update my subscribers when I make moves.