Why It’s Important To Be An Early Riser

As a trader, I like to get up bright and early to scan for potential stocks to trade and monitor any positions I’m in… especially on Mondays.

You’ve probably heard the old saying, “The early bird catches the worm”… and I believe this is one adage to live by when it comes to trading.

And I’m so stoked that many of them have followed suit. 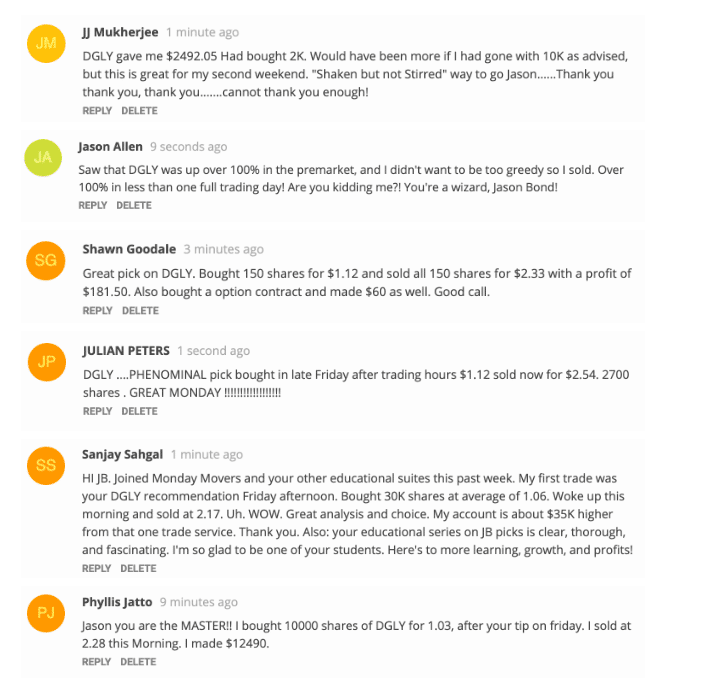 As a momentum trader, especially if you swing trade, these stocks can make large moves in the pre-market hours.

Today, I want to reveal to you the importance of getting up early because it can help with risk managing positions and locking in winners to set yourself up for success.

[Case Study] Why It Pays To Be Up Early

In order to show you the importance of getting up early and monitoring the markets and any positions you may be in, I believe it’s most beneficial to do so with a case study.

On Friday, I sent out my Monday Moverswatchlist to subscribers. In it, there was one trade idea that I believed could catch a pop. In fact, I believed it was one of my best ideas on the watchlist. 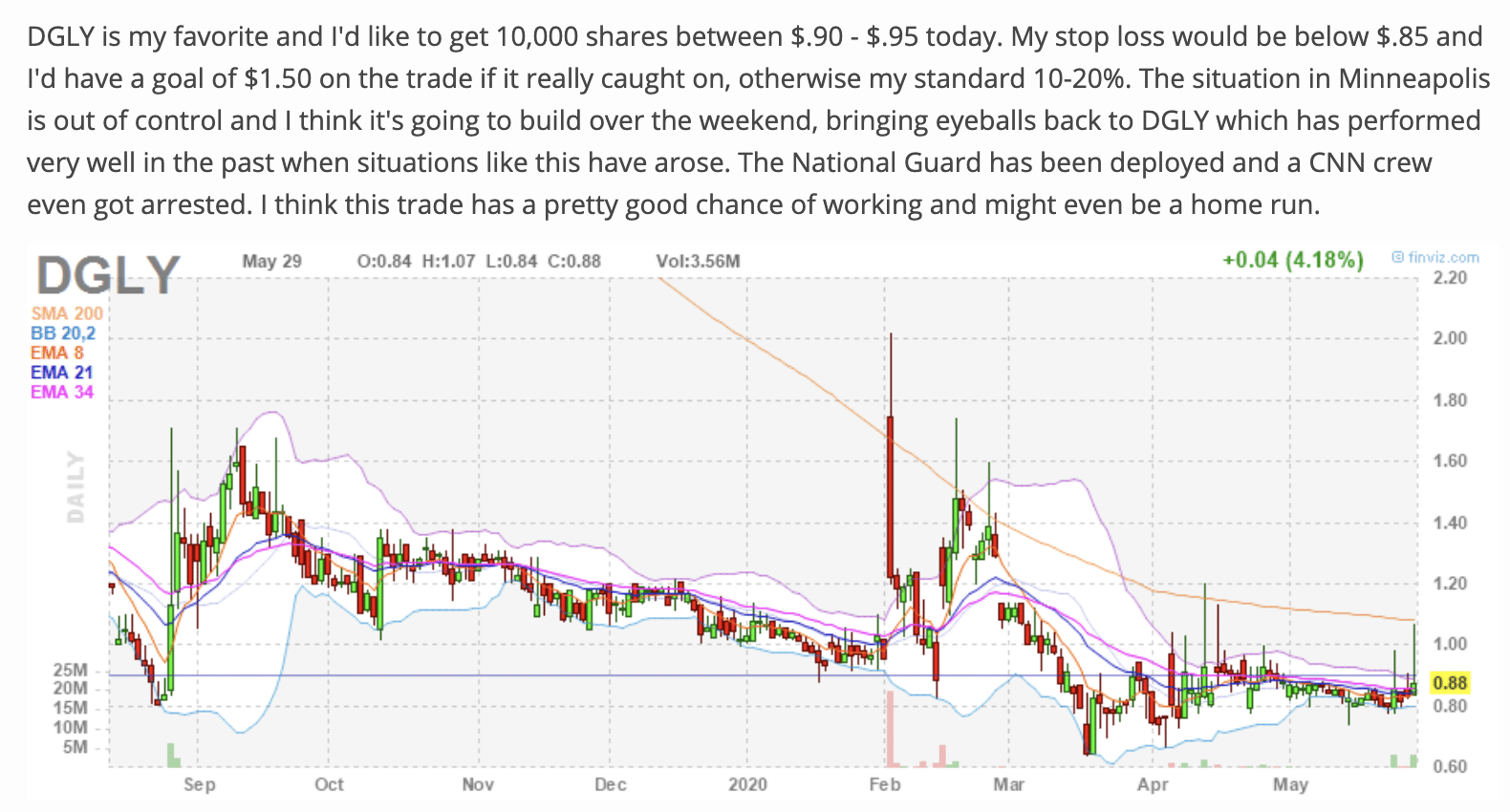 There was a catalyst in play, and if you look at the chart of Digital Ally Inc. (DGLY)… there was a support level there.

I figured with all the news and chaos, DGLY could catch a pop and break above recent highs.

There was a pattern to this trade idea… so I devised a trading plan that I let Monday Moverssubscribers know about.

When it comes to these weekend plays… I believe it’s imperative to be up early.

I’ve noticed on Mondays, there are breakout moves that happen in the pre-market. If you’re not up before the opening bell… you run the risk of leaving gains on the table.

Of course, there are a few factors to take into account when it comes to pre-market trading.

First, volume tends to be lighter than after the opening bell… and typically the pros are trading before 9:30 AM ET. If you plan to trade or lock in gains during the pre-market hours, I believe it’s beneficial to look at the bid-ask spread closely.

Second, it’s important to have a plan in place if you’re trading in the pre-market. That means it’s wise to have targets in place, as well as stop-losses.

Limit orders can be more helpful than market orders here… because the last thing you want to happen is for your order to get filled at a price significantly lower than where you wanted to sell.

Getting back to the Monday Moverscase study.

In the early pre-market hours, DGLY made a large move…

And if you were in the trade and up early… you could have potentially sold shares at $5.05. Now, even if you weren’t up that early… the $3 area was also a spot where you could’ve locked in a massive winner.

When the stock opened for the normal session at 9:30 AM ET… it was well below its pre-market highs…

Of course, that’s still a nice winner if you were able to take the trade and lock in gains… 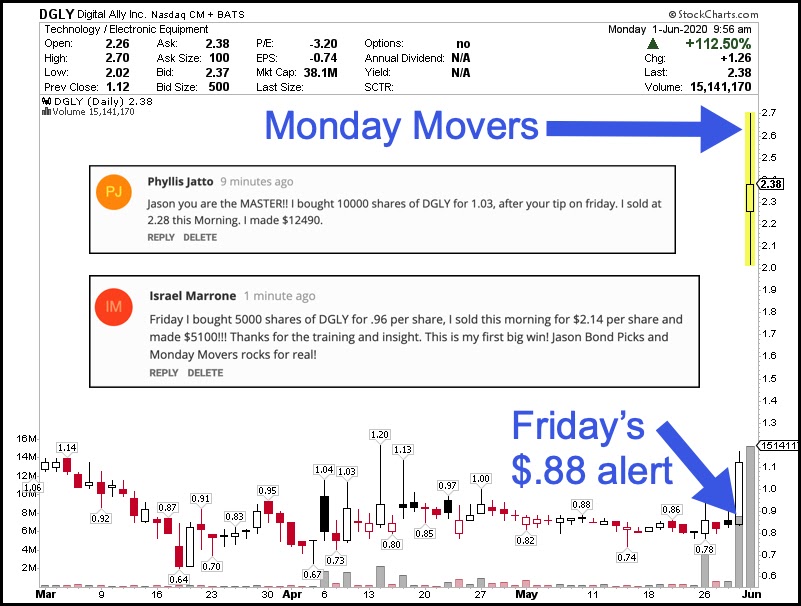 That’s why I believe it’s important to be up early. Even if the stock didn’t make a large move as it did… getting up early allows you to game plan for the opening bell and look for target, profit stops, or stop-loss areas.

Some of the Monday Moverssubscribers were able to lock in a large percentage gain off this trade idea… and if you want to learn more about my weekend watchlist and how it works, click here to watch this training session.